Limited edition run of only 500 of the Gold version of Dragonback!

Welcome to a world of Dwarves, Elves, Gnomes and Humans. Where myth and magic combine and entire countries are lost or won over the poker table.

These exceptionally rare custom cards are outlawed throughout the land, being caught with a deck carries a punishment far beyond a stiff telling off. For the cards carry the likeness of the Kings, Queens and Princes of the lands, and to pitch them against each other is high treason. 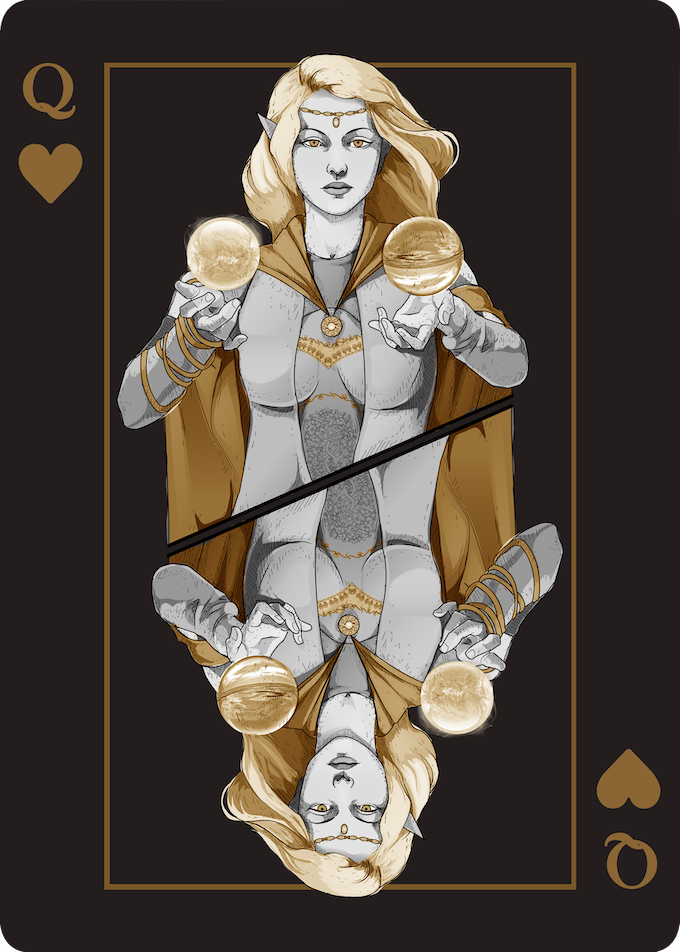 Tirunesh, Queen of Hearts and all who cast eyes upon her. Heroine of the Dragon Flight and defender of the Kingdom. An elementalist, Tirunesh is one of the few select mages who form the 12, Herbert’s Elite secret sect of those who dedicate their lives to the progression of magic.

Originally conceived as an idea for a Christmas gift to my players, the cards have attracted a lot of attention and I am ready to bring a slightly more refined version to the world. 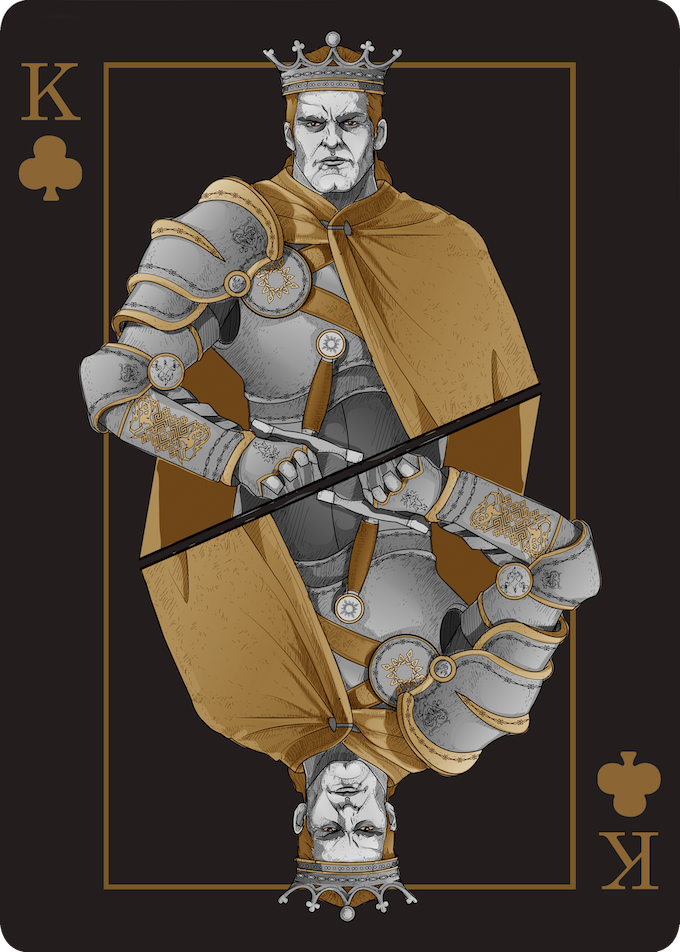 Hemet, King of Clubs. Paladin of the Order of the White Flame. Those who represent peace and order on earth, loyal to no one king but those who follow the true path can always call upon their support.

This is the primary deck of a series – next to follow, with your support, is the ‘Foes’ Deck. Each card is a custom illustration, based on the descriptions of the characters themselves.

The Aces represent each races values, Elves; Nature and love. Humans; War and Victory. Dwarves; Mining and Wealth. Gnomes; The pursuit of invention and creation. The Jokers are the unlikely and sometimes unwilling Hero’s of the world 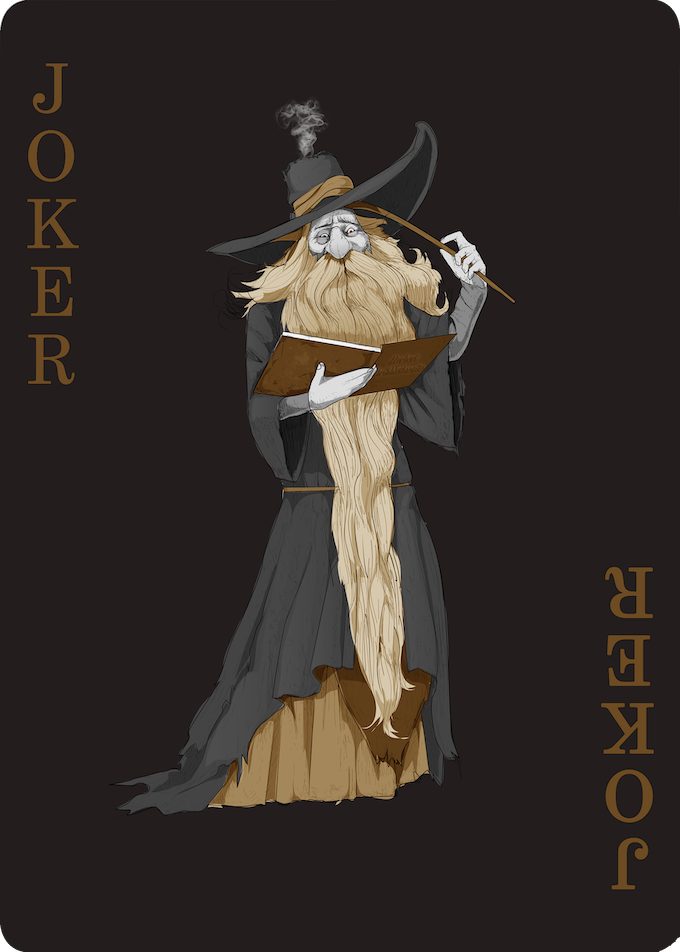 Herbert Dribblethwaite. Joker #1. Herbert is the sole son from two strong family lines of magic. Unfortunately the power gifted to him is too much for any mortal, and this results in a fairly regular leaking. So much as a small surprise to Herbert can result in the release of magical powers beyond those seen by many mortals. Indeed this is the background behind his expulsion from the Golden Halls when allegedly a child jumped out at him in a Halloween costume, he jumped with such freight he destroyed half of the Golden Halls. Also responsible for beating back the Drow and their unholy alliance with Tiamat and he is head of the 12 – responsible for inventing new spells and magical items, he gives more to the world than any. 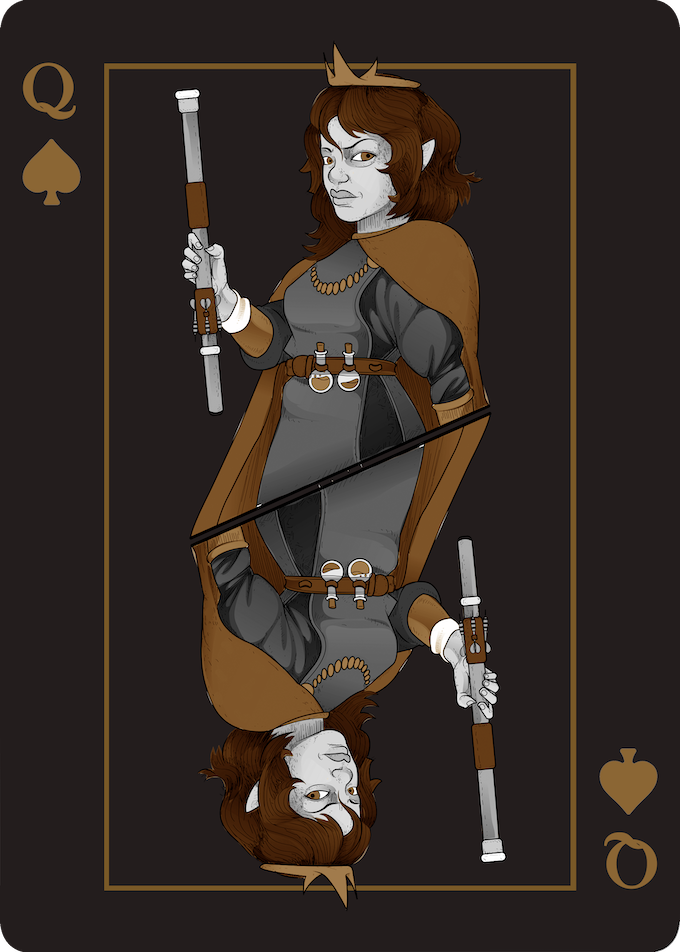 Badger. Queen of Spades. Though she is known only by her street name, none know of her past. Rising up the ranks of the National Thieves Guild she is an expert in mixing poisons to meet the need at hand, and is one of a handful to know the location of the spawning grounds of the purple worm where she gathers her base ingredients. Ever tried milking a worm? One you should never meet unless you are in need of her, though the price is high and not always in gold.

Full Royals, Jokers and Back: 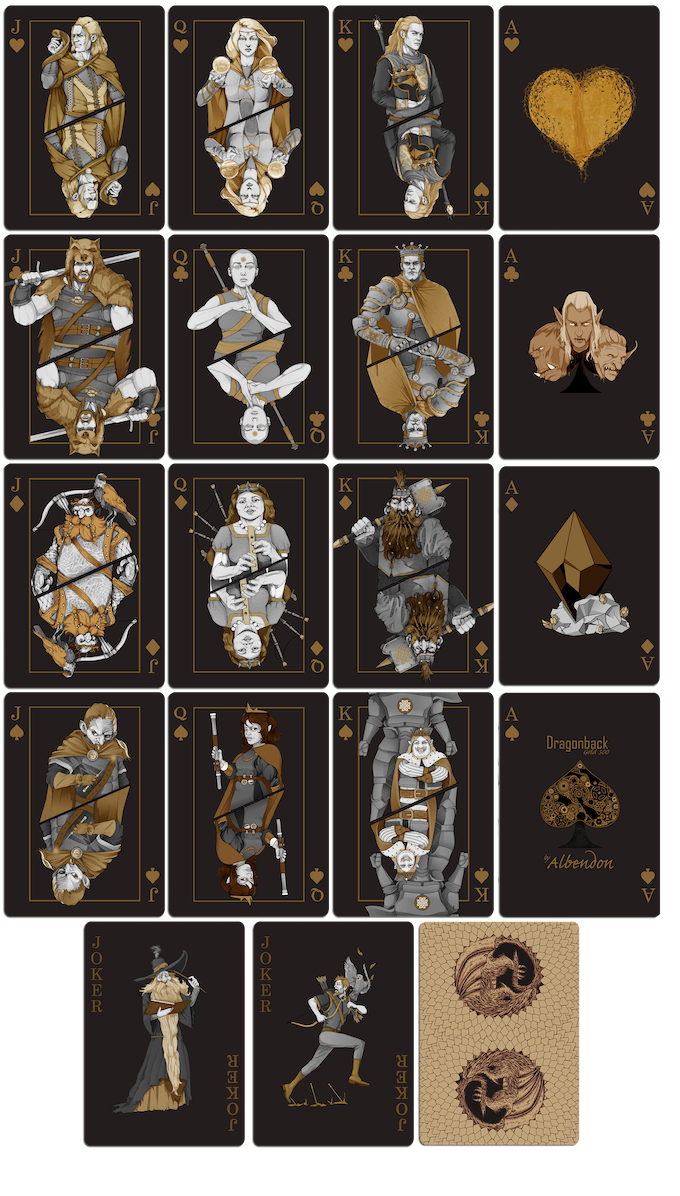